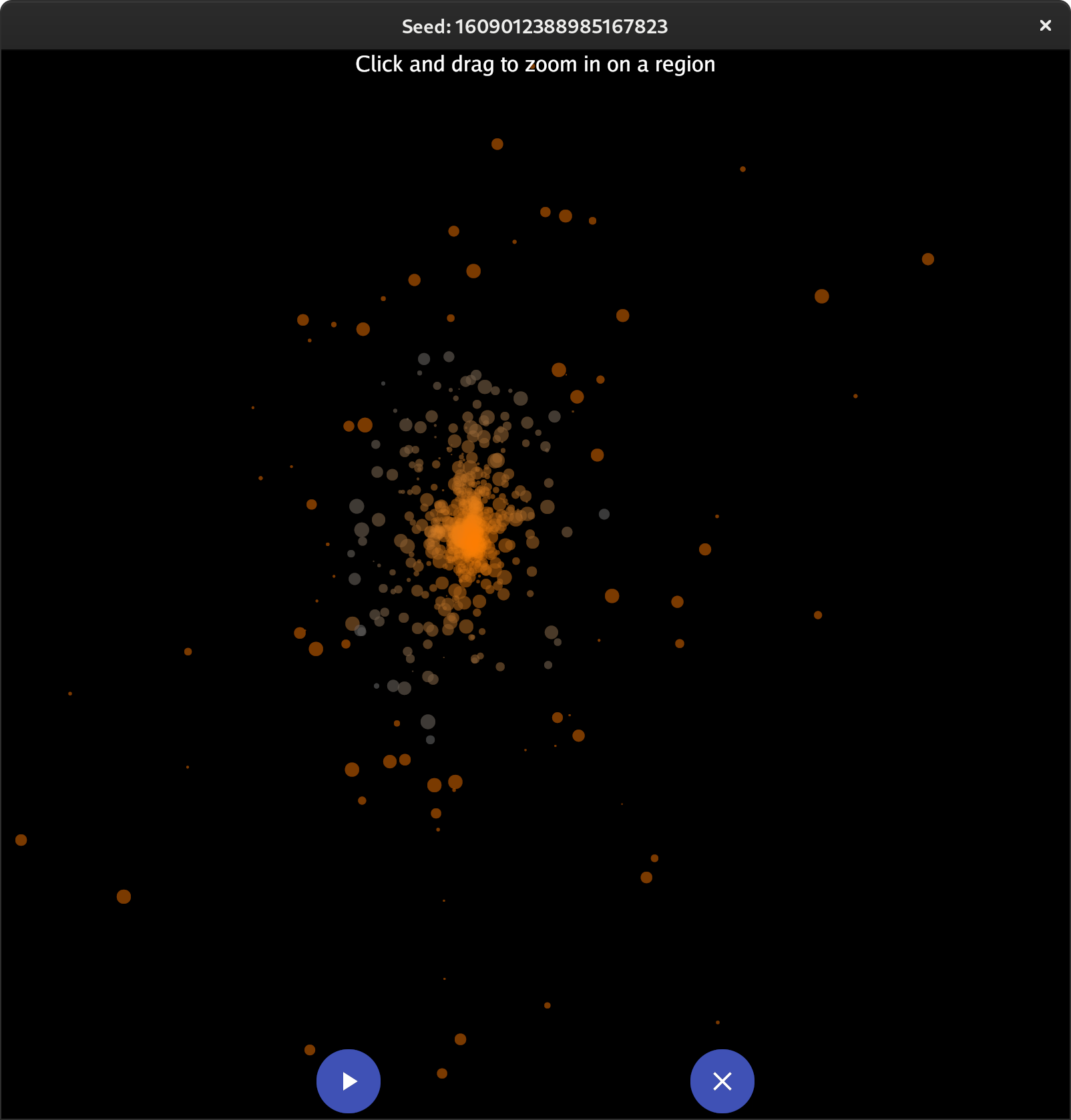 This program generates a random collection of masses with different starting points and vectors, then simulates their gravitic interactions. Each time you start the program, it uses the current time as the seed, so you will not see the same galaxy twice.

The sizes of the dots represent the mass of the star. The larger the dot, the more massive the star is.

The code adapted from the gonum example is in the file gonum.go, and is licensed under the 3-clause BSD license included in this repo as LICENSE-gonum. The remaining code is dual licensed UNLICENSE/MIT, and the license terms may be found in the file LICENSE.