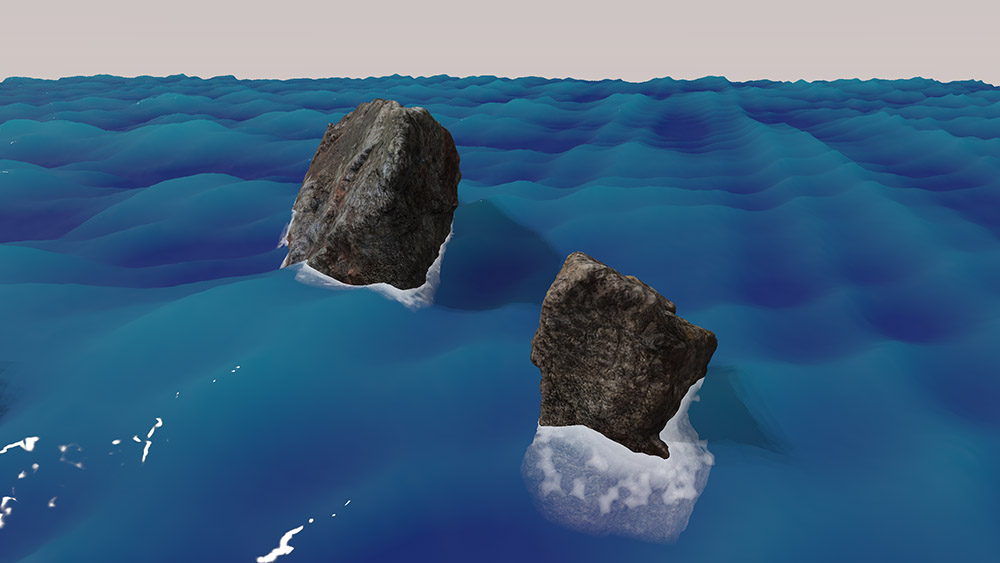 Peony is a 3D game engine written from scratch in C++. It's currently a work in progress.

#Why build a 3D game engine from scratch?

I've been in love with the technology behind video games my entire life. As a kid, it was incomprehensible to me how anyone could build something like Pokémon Blue, let alone Half-Life 2. Despite that, I'd never built anything resembling a game engine myself.

That's why in 2020, I decided to build my own 3D game engine from scratch in C++. My objective is to create something that, while being an indie engine, has many features that you would find in production game engines, such as nice lighting and shadows, basic physics and collision, water and atmospheric effects and so on.

Aside from furthering my own education, I have two aims in building Peony. First of all, I'd like to see how compelling of a player experience can be created with a relatively minimal amount of code and small budget. To this end, I am aiming to eventually build a game using this engine. Secondly, there is a dearth of practical game engine development resources on the internet, and I hope to make a small contribution to this community by publishing Peony's source code.

After a little over a year of working on this engine, I've found the “from scratch” approach even more fun and rewarding than I could have hoped. Aside from a couple of dependencies such as GLFW and Freetype (and the soon-to-be-removed assimp), I've created all features of this engine myself, with no dependencies.

Here's a quick summary of some of the features I've built so far:

Here are some features that I'm currently working on or planning to add soon, in order of descending priority:

While building this engine, I found it quite helpful to look at existing resources on game engines, including existing open-source game engines. If publishing Peony can help someone learn, I'd be happy about that.

If you'd like to read the code, you can start at src/main.cpp.

There is more information about Peony and its features on my website:

Peony requires a GPU with support for at least OpenGL 4.1.

If you install these libraries in a kind-of standard place, CMakeLists.txt should be able to find them. If you've installed them in a place you think is a commonly used path and it's not finding them, you might want to add some paths to the files in cmake/.

Peony also depends on the following packages which are included in the source, and you therefore don't need to install:

You'll need make installed, including on Windows. Once you have that, you only need to do:

Peony should compile and run fine on Windows, macOS and Linux. However, macOS support might be a bit flaky.

All of the source code in the Peony Game Engine is Copyright 2020 by Vlad-Stefan Harbuz, unless otherwise specified. All rights are reserved. You are granted a personal, non-assignable, non-transferable, non-commercial license to use the source code for your own personal educational purposes. Any other use, including any redistribution in whole or in part, requires explicit, written permission from Vlad-Stefan Harbuz.

The Peony Game Engine is provided "as is" without warranty of any kind, either express or implied, including without limitation any implied warranties of condition, uninterrupted use, merchantability, fitness for a particular purpose, or non-infringement.