A networked in-memory cache written with Boost.Beast in C++ for CSCI 389 (Computer Systems) at Reed College.

The architecture is approximated by the following diagram: 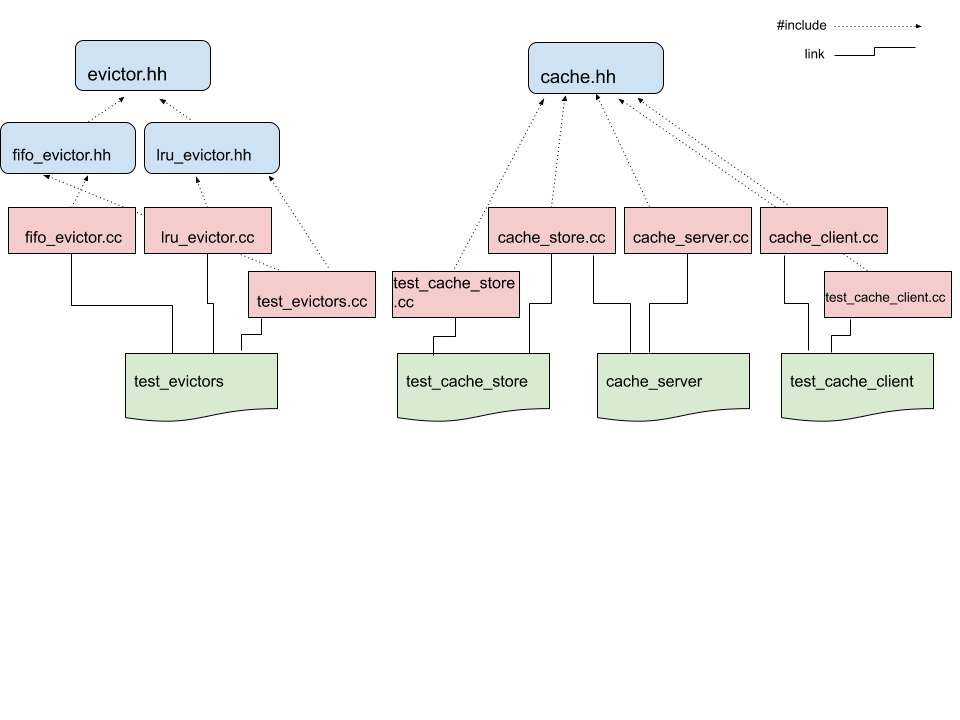 Run make to build everything. You should see 3 executables:

The architecture diagram makes reference to a test_evictors executable and lru_evictor header and source files, however we didn't end up writing those. The only eviction policy currently implemented is a FIFO evictor.

To test the server; in one terminal run ./cache_server, and in another run ./test_cache_client.

To test the cache library itself, just run ./test_cache_store.

Both test should print, in green: All tests passed. If not then you're either doing something wrong or Boost is being a pita again and I feel your pain.