This package provides a completion-at-point function to complete C/C++ code using clang, offering context-base suggestions for functions, variables and types without having to save the buffer.

While clang-capf doesn't require anything to be installed besides clang as an external component, a better looking completion front-end in Emacs, such as ivy might be worth recommending.

This will let completion-at-point know that it should try clang-capf first when looking for completions, in c-mode buffers.

Also make sure that completion-at-point or complete-symbol is actually bound. 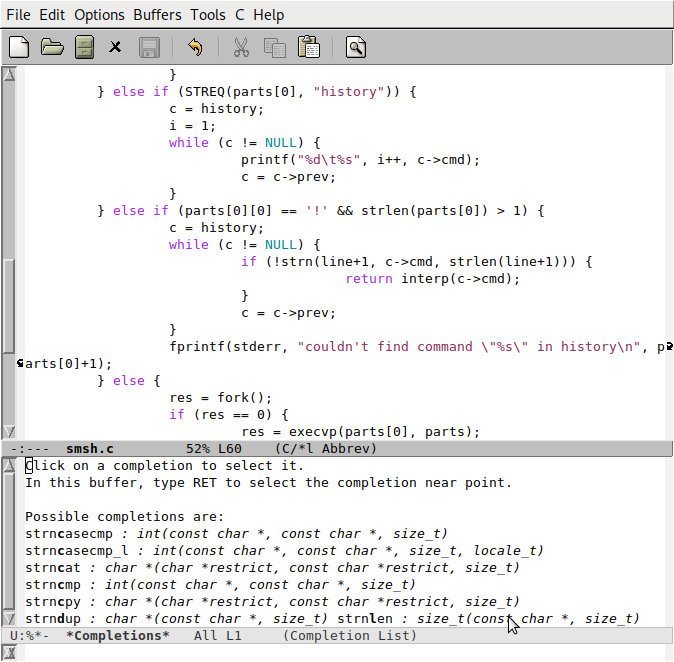 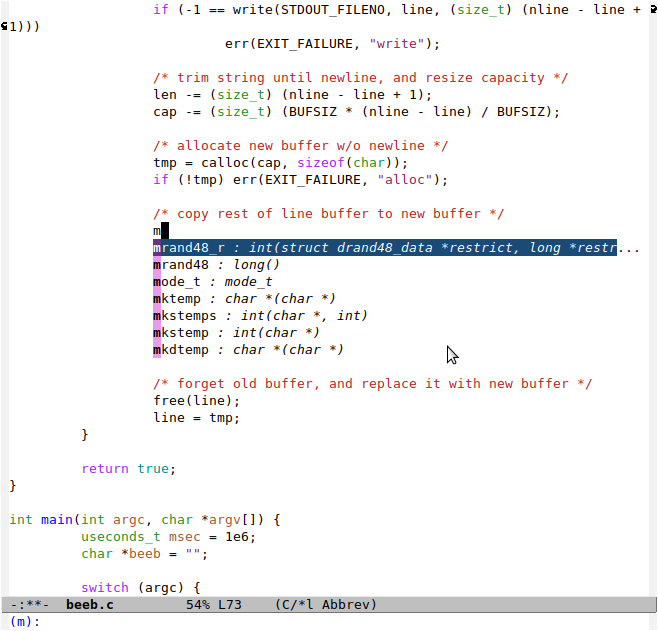 Any further bugs or questions can be submitted to my public inbox.