#Imagine a mix between Minecraft, Quake ]I[ and Emacs.

This game is meant to be a cooperative multiplayer survival game, using voxels to enable a fully modifiable world. Although it is turning into some sort of LISP-Powered Voxel Runtime, we will see where that goes. There is no definitive plan for this game, mostly ideas to experiment with until something fun surfaces. You can read about some ideas in this repository, though some have only been talked about during the Weekly Twitch dev streams. 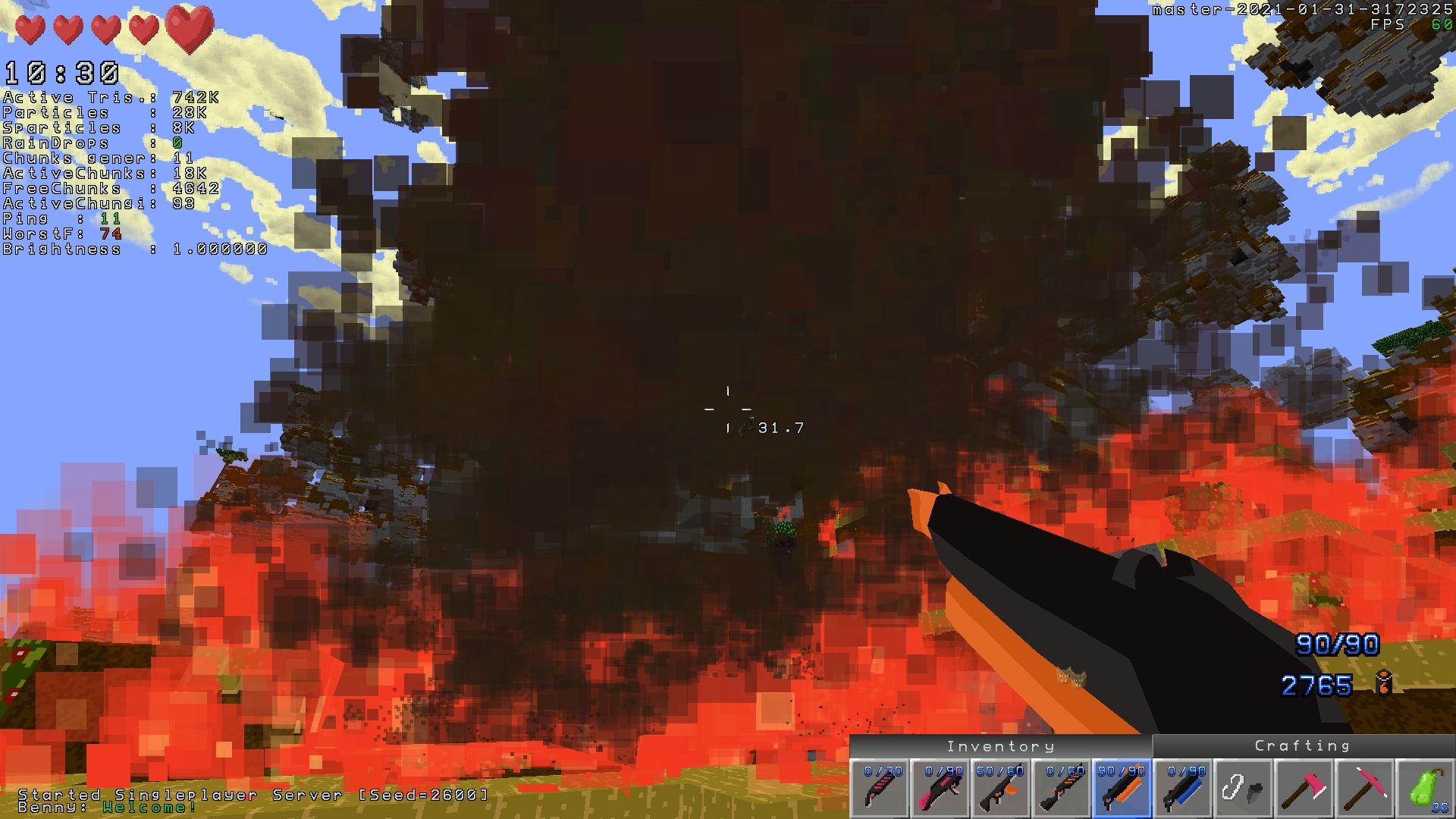 If you run into some bugs, have gameplay questions or want to talk about your favorite *nix, join us over on Discord, or preferrably on Matrix. 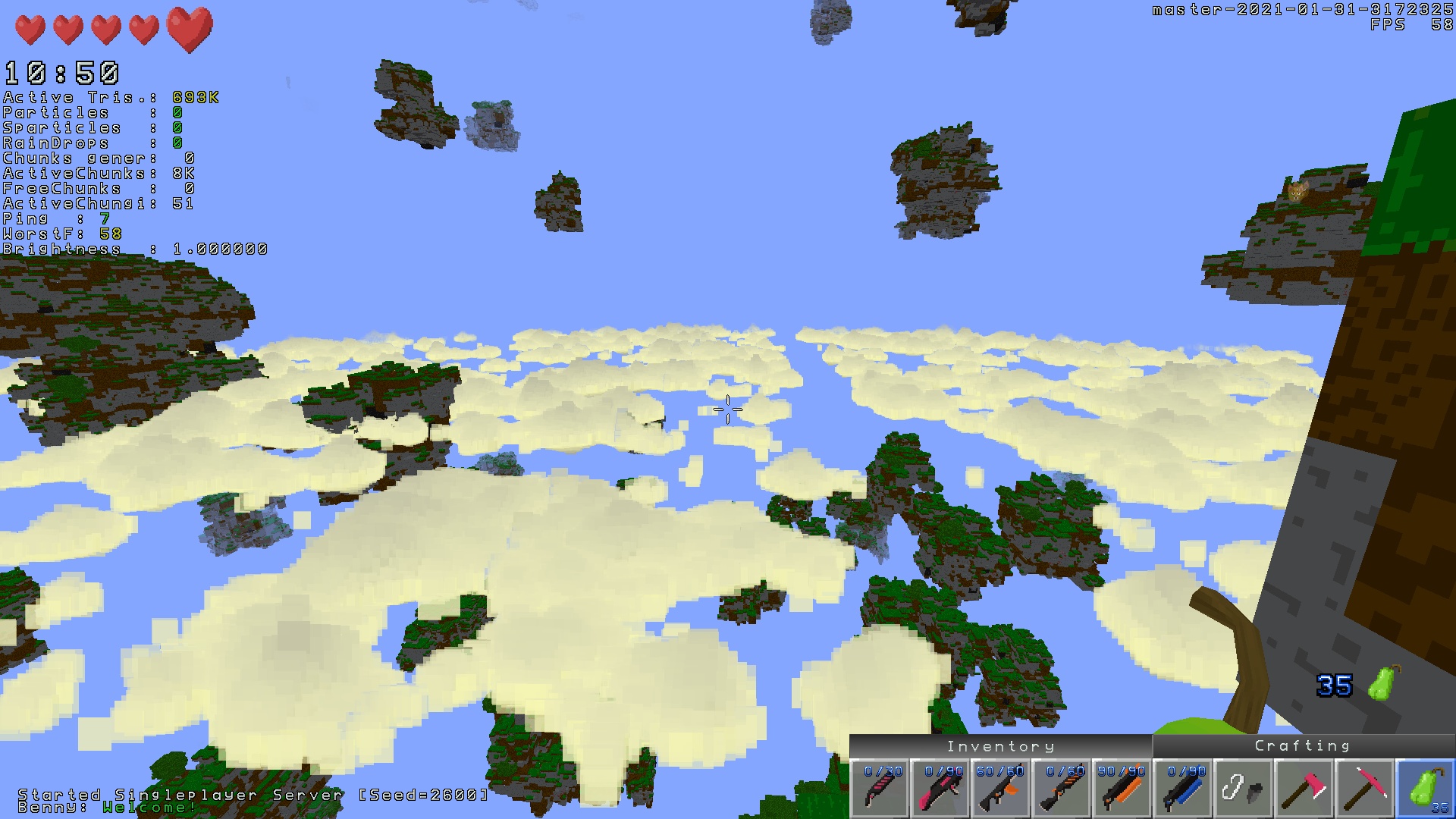 As a Free Software Project any form of help you can give would be highly appreciated, be it testing the game, drawing nice artwork, coding that cool feature or telling your friends about this game. You have my gratitude in advance :)

The newest binary releases are available over at this projects website, along with some more writings about the game. 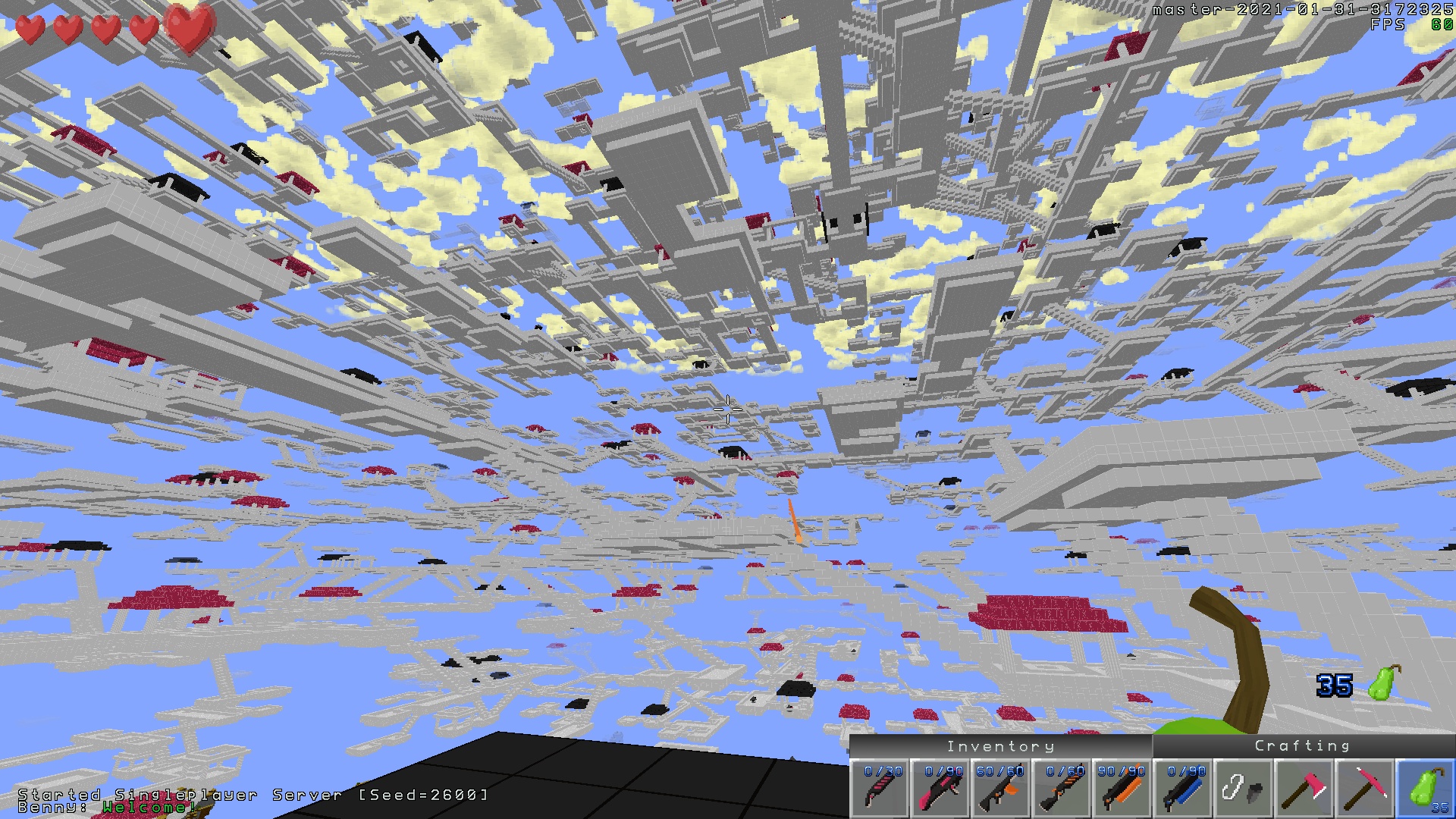 On Windows you need a working installation of MSYS2, and then install the following packages from within MSYS2:

On Macintosh you need the XCode command line tools, the SDL2 and SDL2_mixer development Frameworks installed. Additionally you need ffmpeg, which is probably best installed using Homebrew or MacPorts.

You can then build the game using gmake

You can then build the game using gmake

Now that you have all the packages installed you can just type make within the repos folder to create a development binary, I highly recommend adding something like -j8 so it does not take quite as long to compile. After that you can use make clean to remove every executable/intermedia file you just created. There are many more convenience targets I added which you can take a look at in the client/common/server Makefiles, most should be explained by the command they execute.