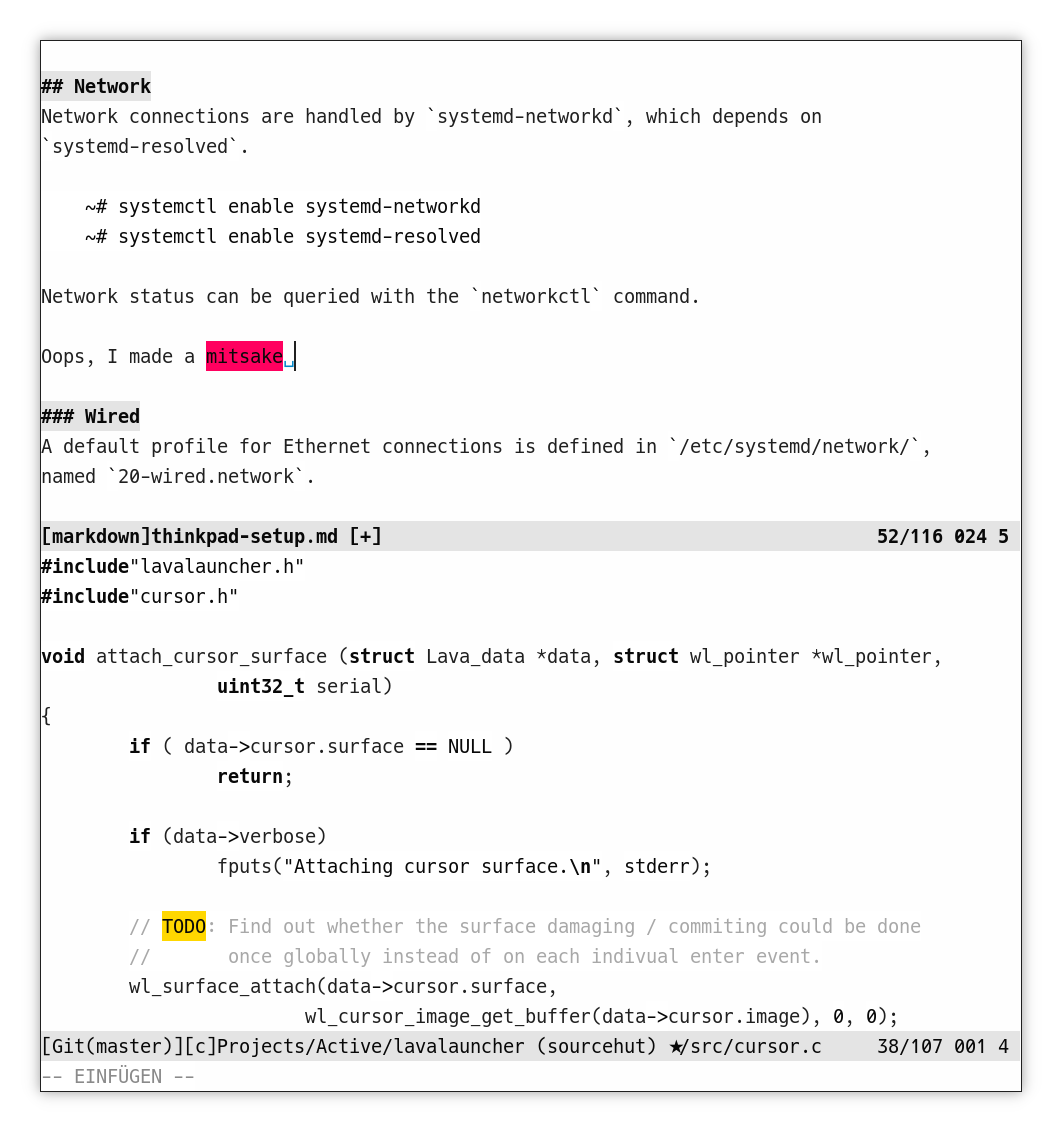 Inspired by the modus-operandi theme for emacs, Paige aims to be beautiful, yet accessible. For that purpose, it follows a few simple design choices.

While I generally welcome contributions to my projects, please understand that something like a colourscheme is extremely subjective. If you have any ideas, send me an email, so we can discuss them.

However, patches I will most likely always accept are those which add support for a previously unsupported vim plugin or feature, using only the already predefined colours.