This is a breakout board for an MNT Reform's SOM! It's designed to make it easier to rescue a bad bootloader flash, or work on the initial bring-up of new SOMs.

Most of what it breaks out is already available on the Reform motherboard, however USB1 is exposed as a micro usb port so that it's easy to use manufacturer tools like uuu that rely on USB OTG functionality.

Here is what the PCB looks like in KiCad: 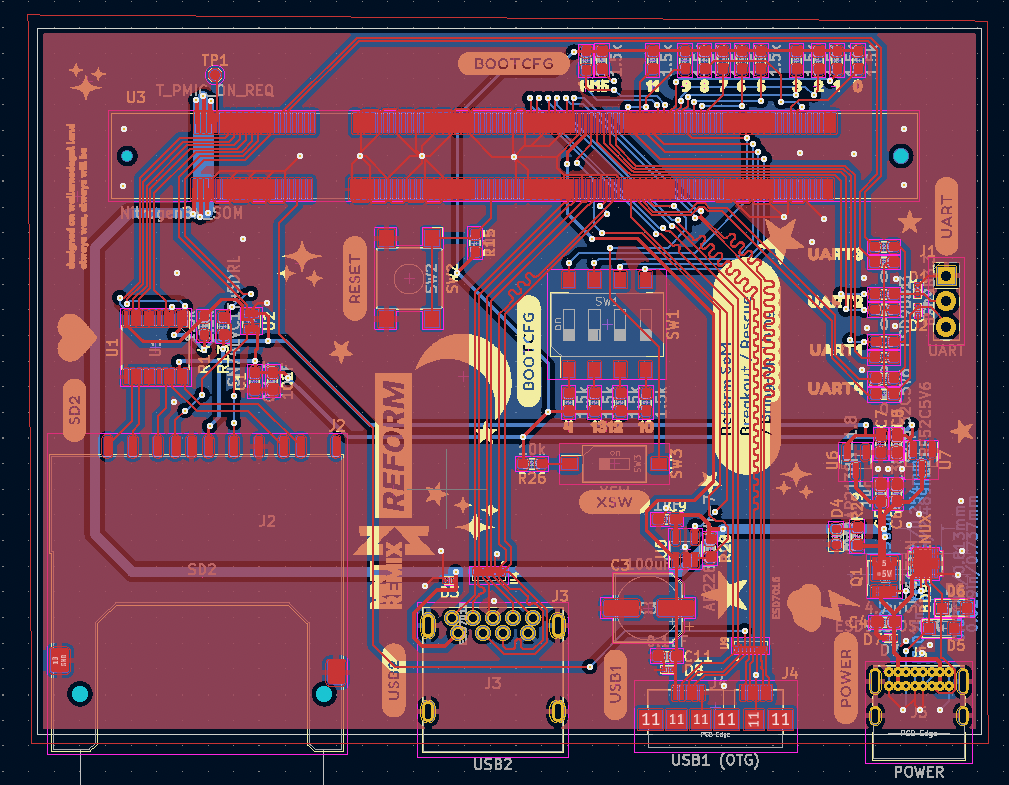 Here is what the PCB looks like in real life: Here is what an assembled board that's in-use looks like: Note the last picture includes the little STL in enclosure/. It's not very good, but whatever. It'll do.