As machine learning and algorithmic decision making systems are increasingly being leveraged in high-stakes human-in-the-loop settings, there is a pressing need to understand the rationale of their predictions. Researchers have responded to this need with explainable AI (XAI), but often proclaim interpretability axiomatically without evaluation. When these systems are evaluated, they are often tested through offline simulations with proxy metrics of interpretability (such as model complexity). We empirically evaluate the veracity of three common interpretability assumptions through a large scale human-subjects experiment with a simple "placebo explanation" control. We find that feature attribution explanations provide marginal utility in our task for a human decision maker and in certain cases result in worse decisions due to cognitive and contextual confounders. This result challenges the assumed universal benefit of applying these methods and we hope this work will underscore the importance of human evaluation in XAI research.

For any questions, comments, suggestions, or feedback on anything in here or in the paper, we have a mailing list meant to serve as something of a discussion section or forum: https://lists.sr.ht/~hyphaebeast/research 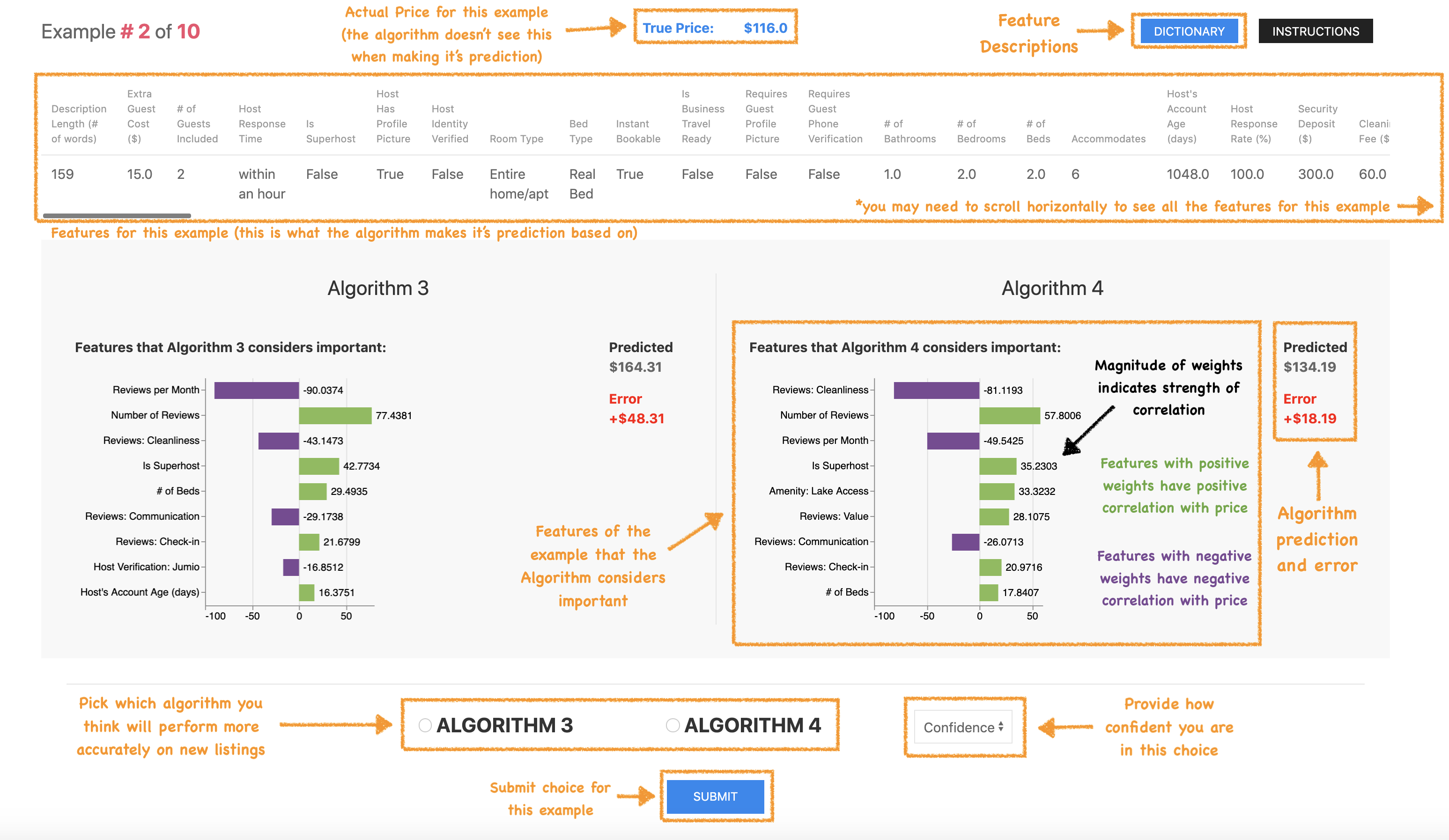 The only hard requirement to run a local instance of the experiment is Docker (you don't even need to download/clone the source git repository).

Simply run the above command (or make serve) and visit http://localhost:5001 in your web browser to walk through an anonymous and ephemeral version of the experiment.

If you would like to replicate/modify/remix/edit/etc. the experiment, the Docker container is configured to enable direct deployments to Heroku (or any other container service).

NOTE: the default configuration for the container is to use an ephemeral local Postgres instance. If you are deploying to Heroku and would like to persist data, you will need to configure a hosted database like Heroku Postgres (i.e. heroku addons:create heroku-postgresql:hobby-dev -a [app name])

To remix or modify the experiment (like even just the color of the charts), simply edit the files in challenging-xai/experiment then rebuild and deploy the container:

If you are deploying the container to run an actual experiment and need to persist data/results, point the DATABASE_URL environment variable to a hosted database. If you are using Heroku Postgres this is automatically set for you and no further action is necessary (simply just heroku addons:create heroku-postgresql:hobby-dev -a [app name]).

Zero clause BSD (effectively public domain). Do whatever you want....