Aims to be a highly accurate clone of the classic Fasttracker II software for MS-DOS.
The XM player itself has been directly ported from the original source code, for maximum accuracy.

What is Fasttracker II? Read about it on Wikipedia.

Windows/macOS binary releases can always be found at 16-bits.org.

Linux binaries can be found here.
If these don't work for you, you'll have to compile the code manually. 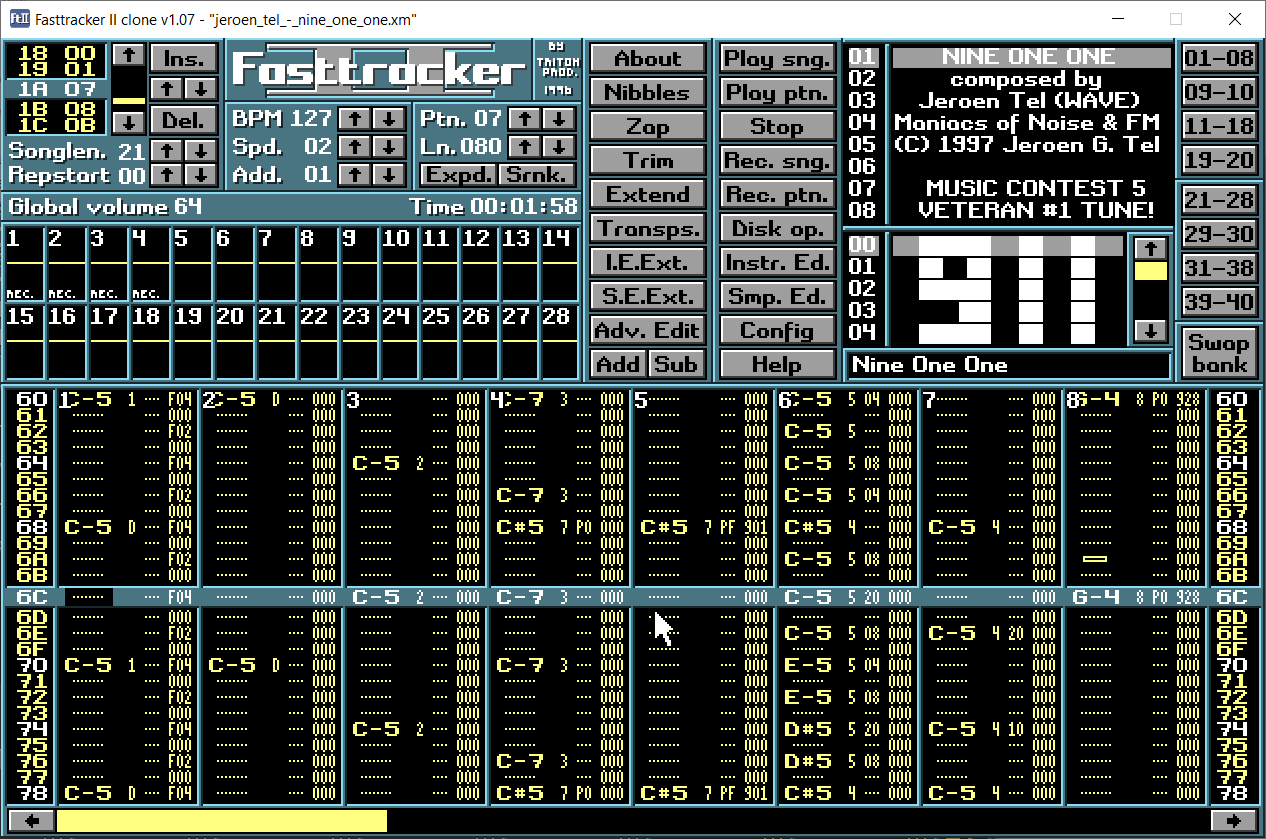 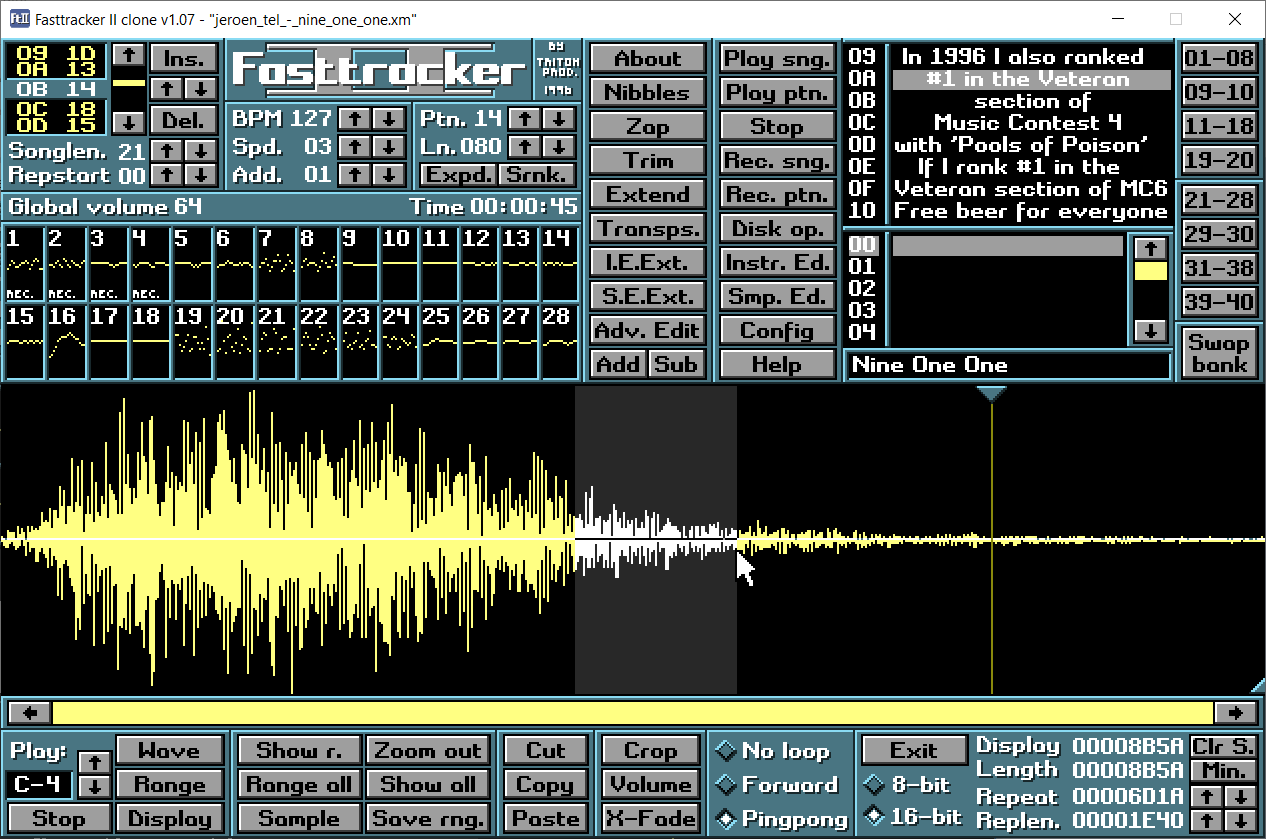 Build instructions can be found in the repository (HOW-TO-COMPILE.txt).

Keep in mind that the program may fail to compile on Linux, depending on your distribution and GCC version.
Please don't nag me about it, and try to use the Linux packages linked to from 16-bits.org instead.

PS: The source code is quite hackish and hardcoded.
My first priority is to make an accurate 1:1 clone, and not to make flexible and easily modifiable code.

Big parts of the code (except GUI) are directly ported from the original FT2 source code, with permission to use a BSD 3-Clause license.