This is a very short overview of the server architecture for version 1.0 of eduVPN.

The VPN service consists of the following components:

This is the central component. It manages the CA, users, and interfaces with various other components, for example to verify 2FA tokens or group ACLs.

This components is for interacting with the user through the browser. It allows the user to download OpenVPN configuration files and enroll for 2FA. It also allows administrators to manage the service.

The portal has an API that is used by (mobile) applications to use the VPN service as user friendly as possible. This API implements OAuth 2.0 and is called the "Public API".

This component is used to generate OpenVPN server configurations.

In addition, the server API needs to talk to the OpenVPN processes using a private (V)LAN, this is to kill active connections and obtain a list of currently connected clients.

The users and administrators authenticate to the portal, either with:

The same mechanism is also used for the authentication phase of the OAuth authorization for the API.

The are two ways to deploy the software: 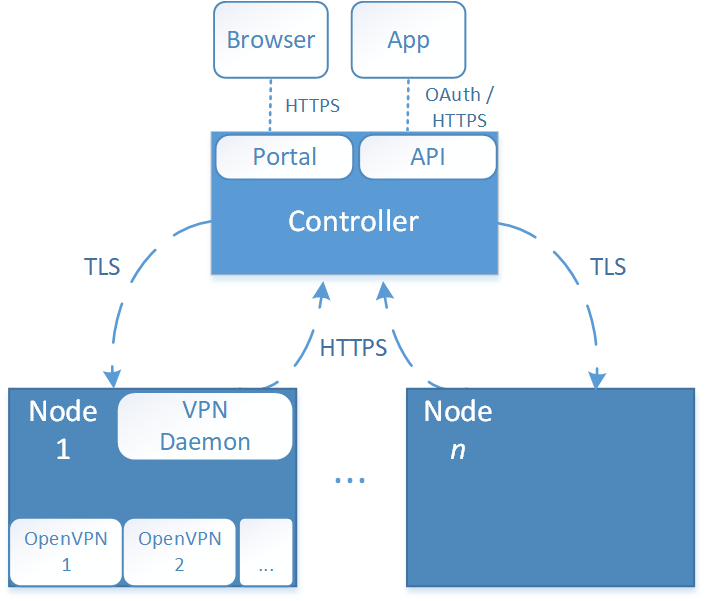