The OnePlus 6 test jig is a proof of concept designed to turn the OnePlus 6 into a device which can be used in a board farm! 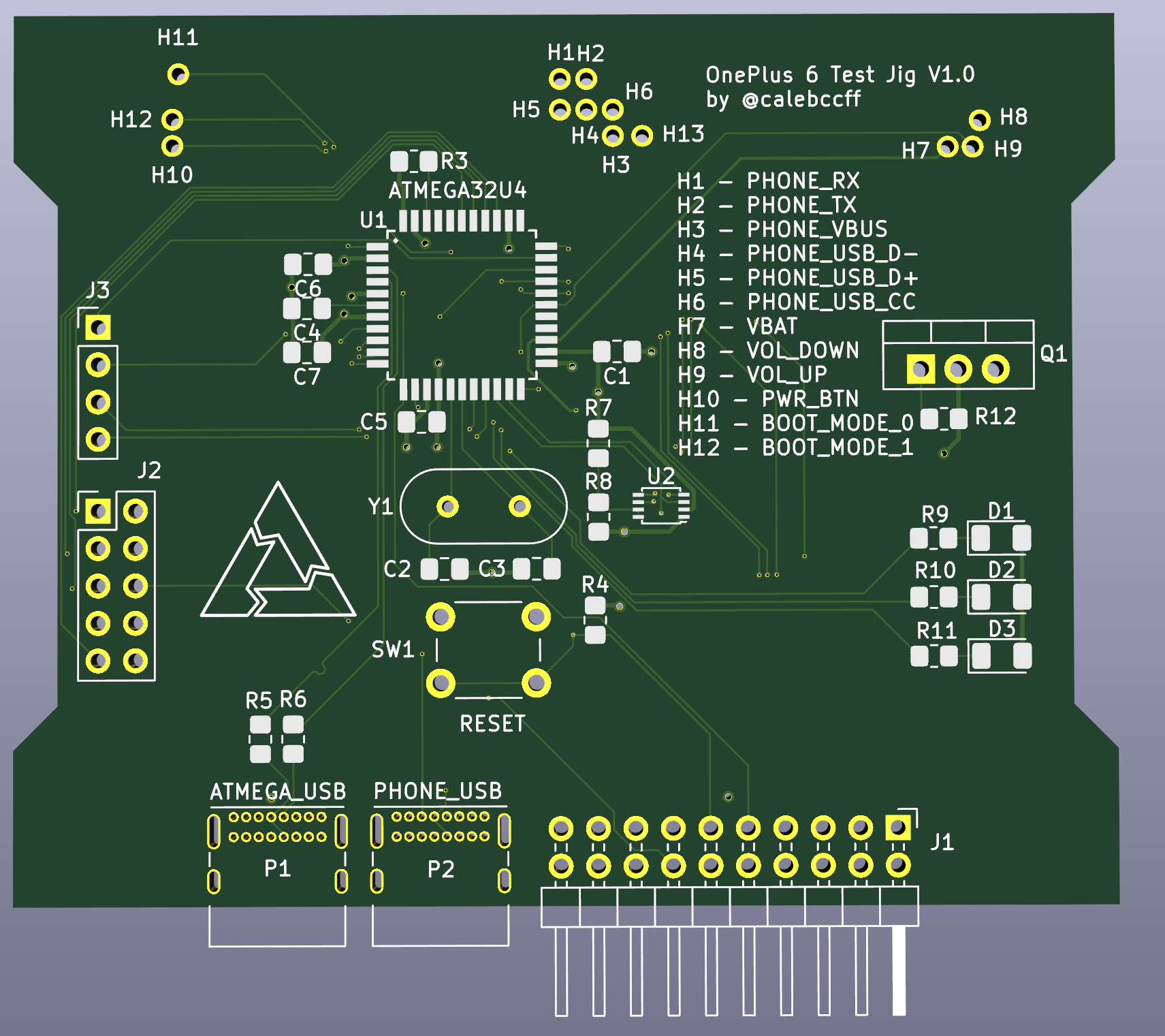 The PCB contains a header at the top for soldering wires onto test points on the phone, it features an Atmega32u4 which can act as a UART<->USB adapter, an LSF0102 bidirectional logic level voltage translator to convert the UART from the 5v of the Atmega down to the 1.8v of the phone (and vice versa).

The Atmega is also used to simulate button presses on the phone, the volume and power button test pads are normally high and pressed when low. Both of these features can be (though as yet untested) exposed via the same USB port, saving a port on the host and allowing for dirt simple control of the device, to test the inputs as well as perform a hard reset.

Being able to hard reset the board is a requirement for consideration in an automated board farm, this carried some complications on the OnePlus 6 as if you perform a hard reset combination (pressing volume up and power at the same time for 10 seconds) whilst VBUS (USB power) is high it will boot into EDL mode instead, so without a way to control VBUS the device would just be stuck in EDL. This is resolved by using a high-side FQP27P06 MOSFET.