A simple but opinionated Hugo theme geared towards blog-style content. Based on the older two-column Bootstrap blog example that was used for several Bootstrap versions, but has now been retired in favor of a "snarky" (their words) new example as of version 4.0.0's final release. 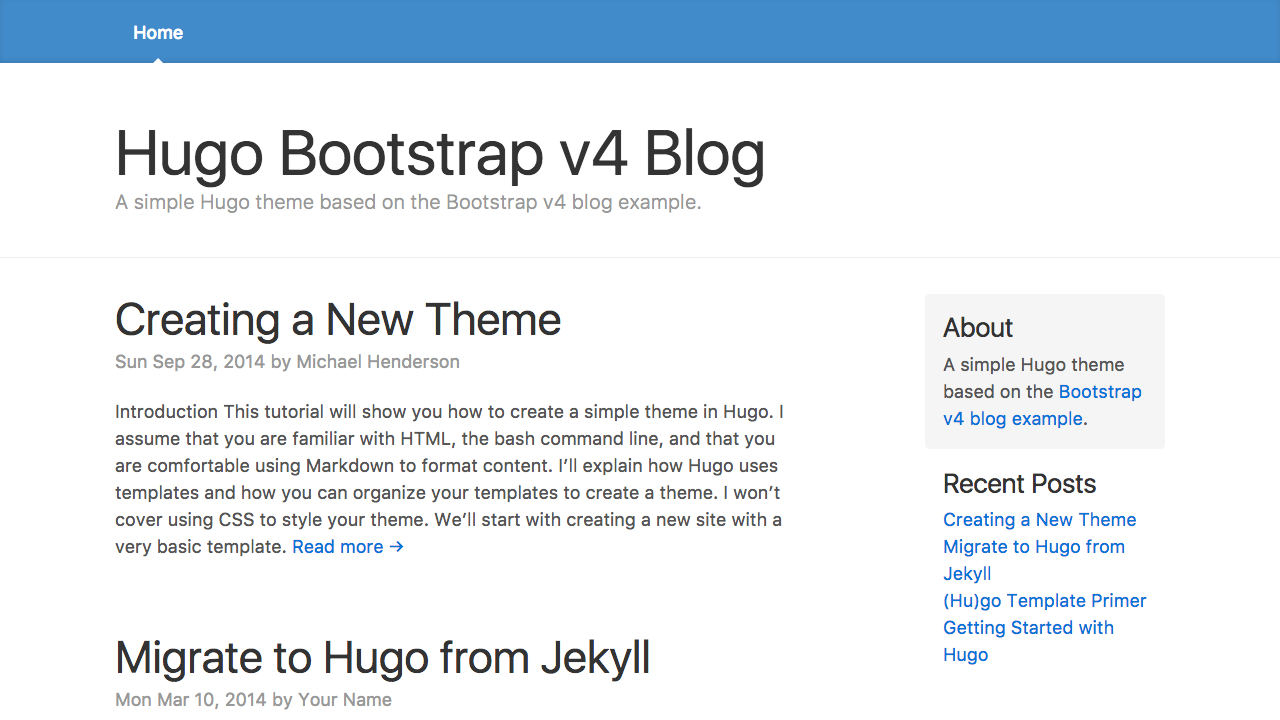 See picturingjordan.com for an example of this theme in use.

Clone the repository to your site's themes directory. Refer to exampleSite/config.toml for recommended configuration values.

A few suggestions to help you get a good looking site quickly:

See the source code and structure of picturingjordan.com to get more ideas.

This theme uses the Bootstrap framework. A static version of this is already included, but if you want to bump the version, tweak the style, etc, you'll need to rebuild the assets. Make sure you have NodeJS >= v10 installed, and then run the following from inside the theme's directory:

There are several ways to help with the development of the theme:

This repository contains SASS and HTML code from the Bootstrap project, which is licensed under the MIT license and CC BY 3.0, and Font Awesome, which uses various licenses.