#Stormageddon, Dark Lord of All 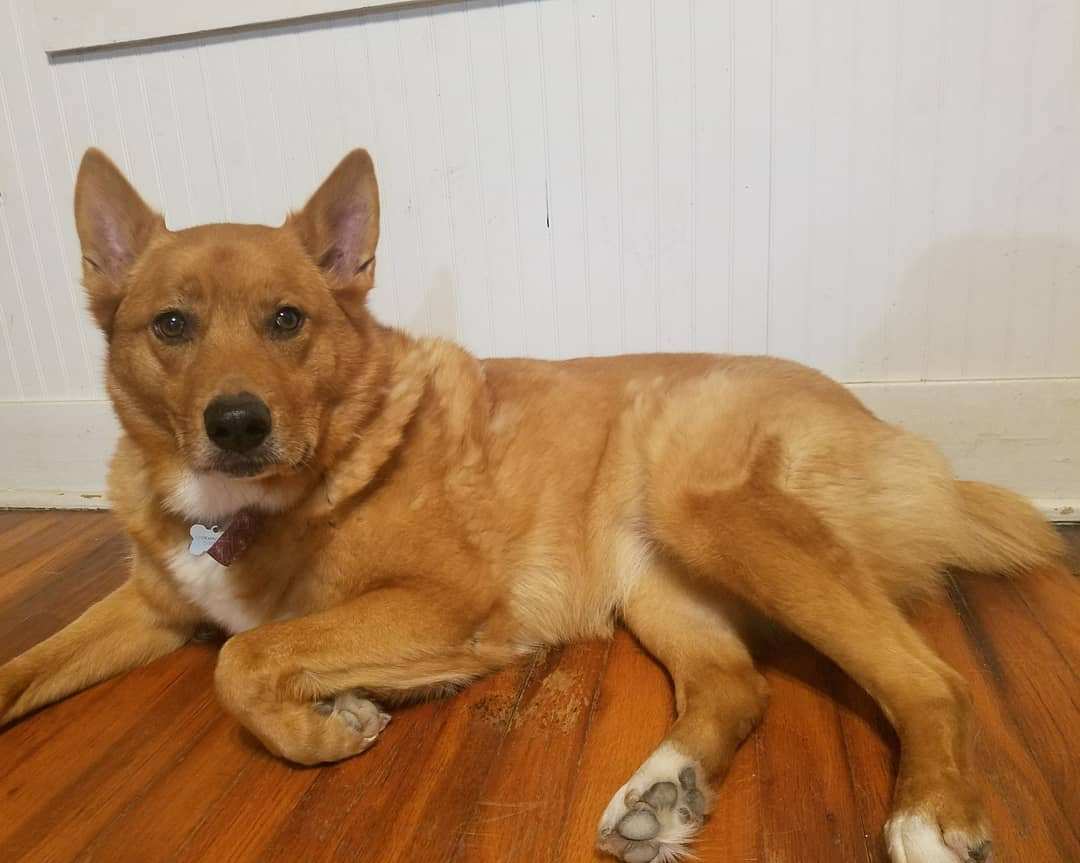 R got Stormy when she was seven weeks old. She was actually going to pick up a different dog, a pit mix, when she walked past "Pretty Girl's" crate[^name]. The dog looked at her, barked once, and that was that. They've been inseperable ever since.

Can you believe the people at the shelter gave her such a terrible name?

R and I started dating when Stormy was about a year and a half old. She decided I would make a good step-dogfather and so allowed our relationship to flourish. I'll always be in debt to her for that.

Stormy has always been a dog who "thinks she's people," even more so than other dogs -- she wasn't socialized properly as a puppy due to a broken leg, so it took her a long time to figure out how to dog. In fact, that's part of why we started fostering, and it's helped her immensely. Now she mostly keeps to herself as the matriarch of our little menagerie, though she jumps into the fray from time to time. 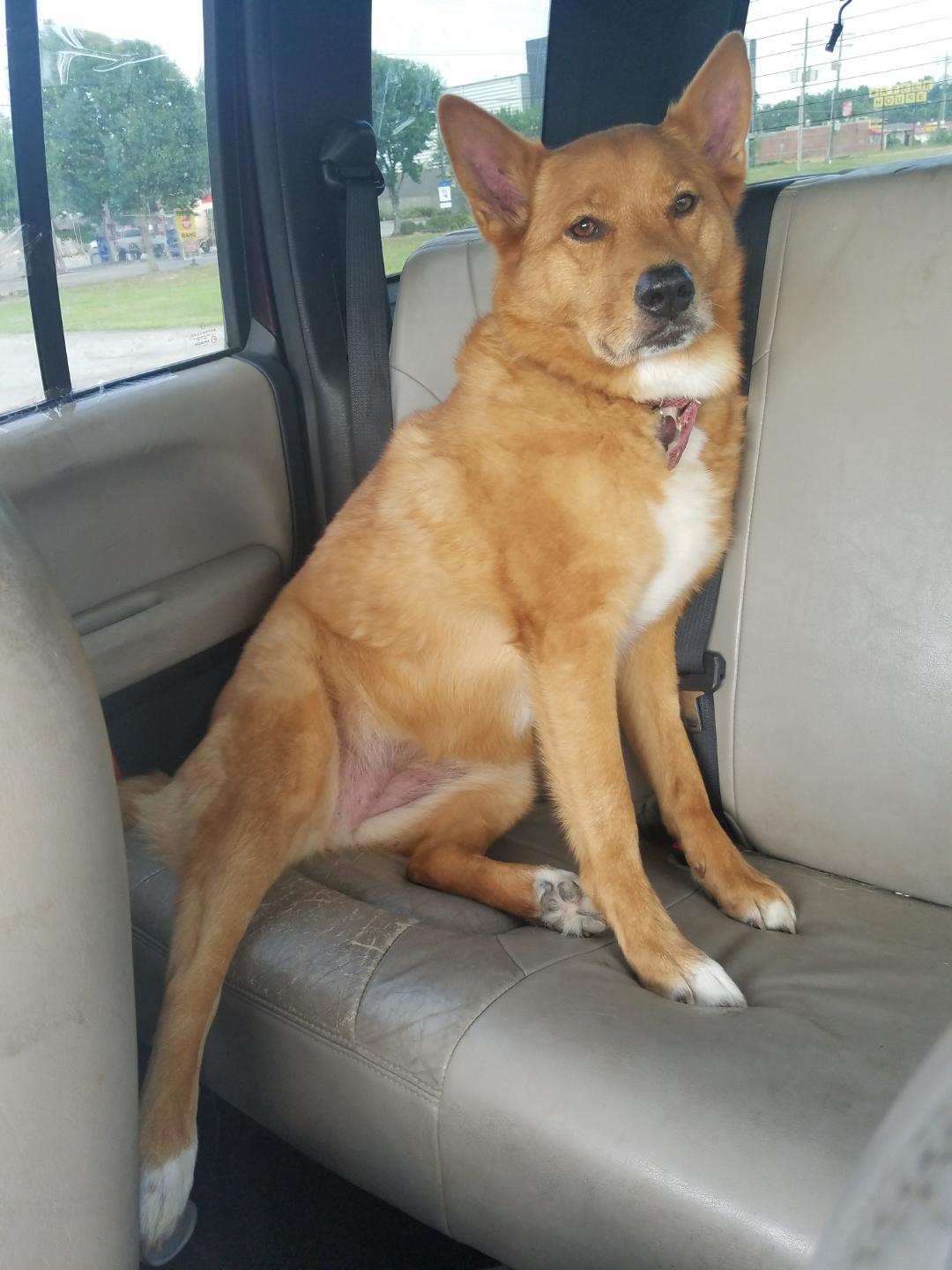 As great as she is, Stormy does have her (minor) faults:

Of course, we work with Stormy's faults because we love her. She's a great cuddler, a constant companion, and a scary guard dog that protects us from intruders.[^guard] I wouldn't trade her for anything.

Of course, what intruders don't know is that, were they to actually break into our house, she'd probably decide they were her new best friends and ask for pets and actually help them find all our valuables.

Stella was our first foster with CAA, and of course we failed with her. She didn't give us much of a chance, to be honest.

Stella is Stormy's perfect dog. She reads her every emotion and need, and modifies her behavior to help Stormy be chill. When she's on her own, though, Stella is a spitfire -- she bounces off beds, zooms around the yard, and can run with R for miles. She's our little jock of a dog who'd be as comfortable in a board room as a locker room.

Sometimes we call Stella our little "star cow," because of the black and brown spots on her coat. Sometimes we wonder if she has vision problems, since she sometimes growls at nothing or seems not to recognize us -- but it's also possible she sees ghosts! 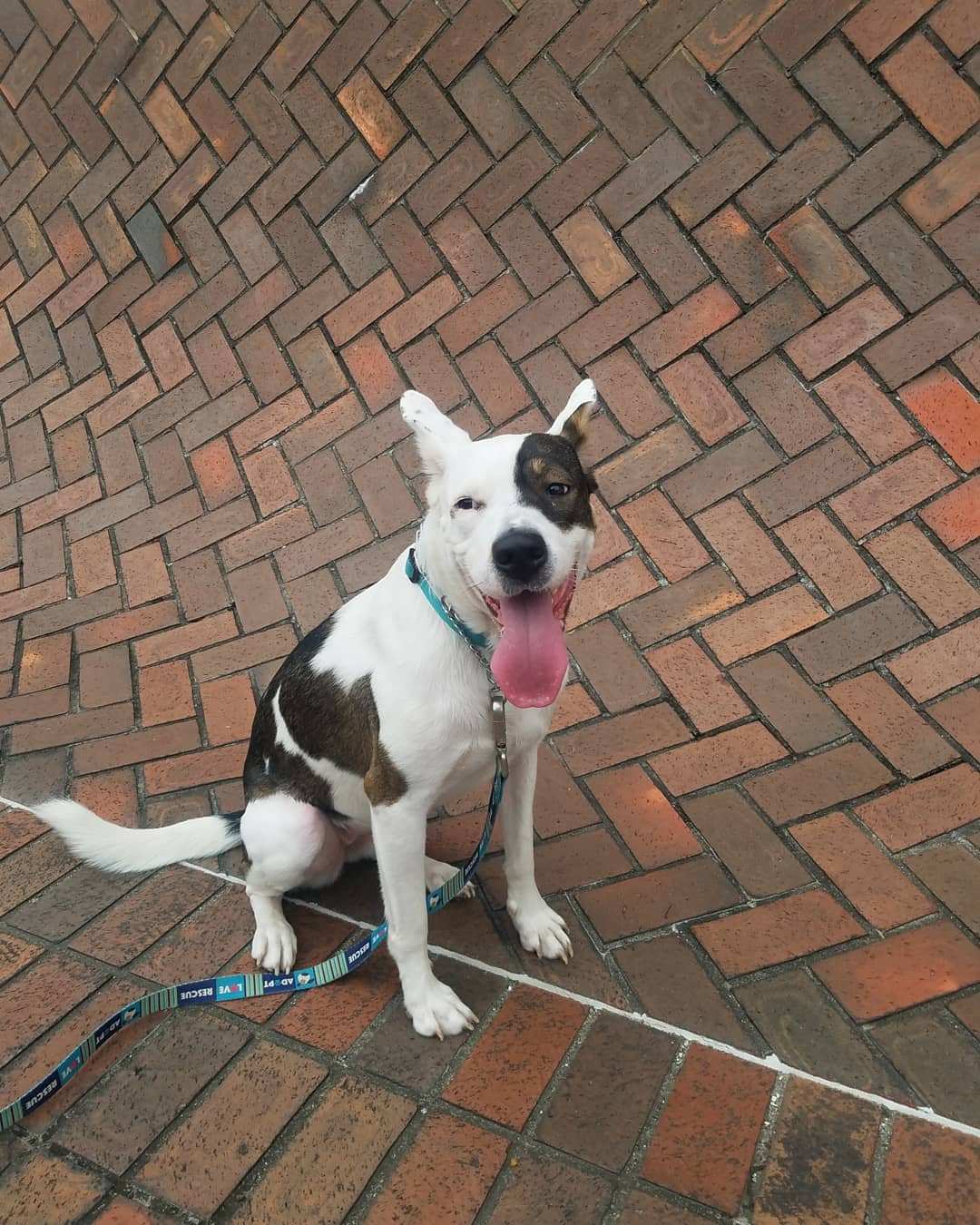 When we first brought Stella home, she was afraid of doorways and people, and would stress-pee on the floor a lot. Now, you'd never know it -- she's the most confident dog on the playground, and is usually the first in the house to welcome a new foster, give them the tour around the house and grounds, and tell them what's what in the canine hierarchy of our home.

Stella's a loyal companion to dog and human alike. She loves pets, and when she's very comfortable, she sticks her tongue out of her mouth in a very derby way that belies her vast intelligence. She knows exactly what she's doing -- so don't be caught off guard!

We also foster dogs. We started out by fostering dogs with FOTA, but since I got my library job and can't make the commute work to drop them off every day, we've switched to fostering with CAA, the local animal shelter. Though we've fostered many dogs, these are the dogs we foster through them (starting 25 July 2019, the day I created this page). 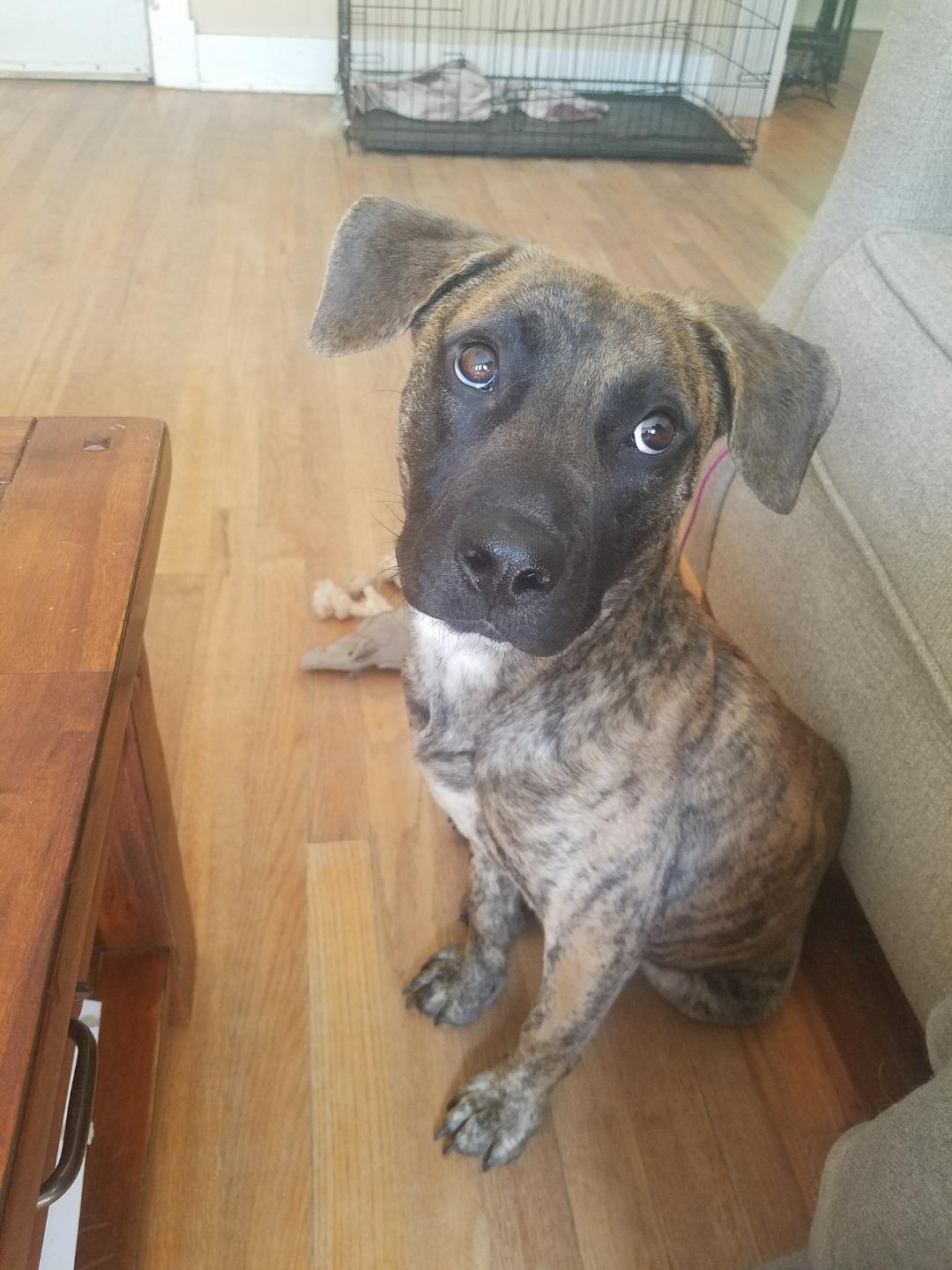 Odin is a little brindle hound mix with big floppy ears and an even bigger heart. He's the sweetest thing on four legs, always ready to get pets on his belly or to play with his foster sisters. We've had him now for a few months, and he's just slipped right into our lives. Any time we've introduced him to children or even other animals, he's been gentle and interested and loving, no matter how taxing the other creature may be. Though he may not be the very smartest canine (he's more of a B- student), his chillness and ready-for-anything-osity more than make up for it. He's truly a gold star dog.